In Fontan physiology, the lack of an active ventricular pump to deliver blood is a significant cause of  decreased baseline Cardiac Output (CO) and Pulmonary Blood Flow (PBF). Limitations in CO in the Fontan population have primarily been attributed to increased pulmonary vascular resistance, ventricular dysfunction, and decreased afterload.

Due to the absence of the subpulmonary ventricle, the diaphragm is considered to be the most important inspiratory muscle for maintenance of venous return in the Fontan population.  Respiration acts as a significant source of cardiac output in patients with Fontan physiology, and as such, findings of poor chest wall compliance, respiratory muscle weakness and restrictive lung physiology, which are commonly observed in the Fontan population, have significant impact on the cardiovascular flows of Fontan patients.[1] 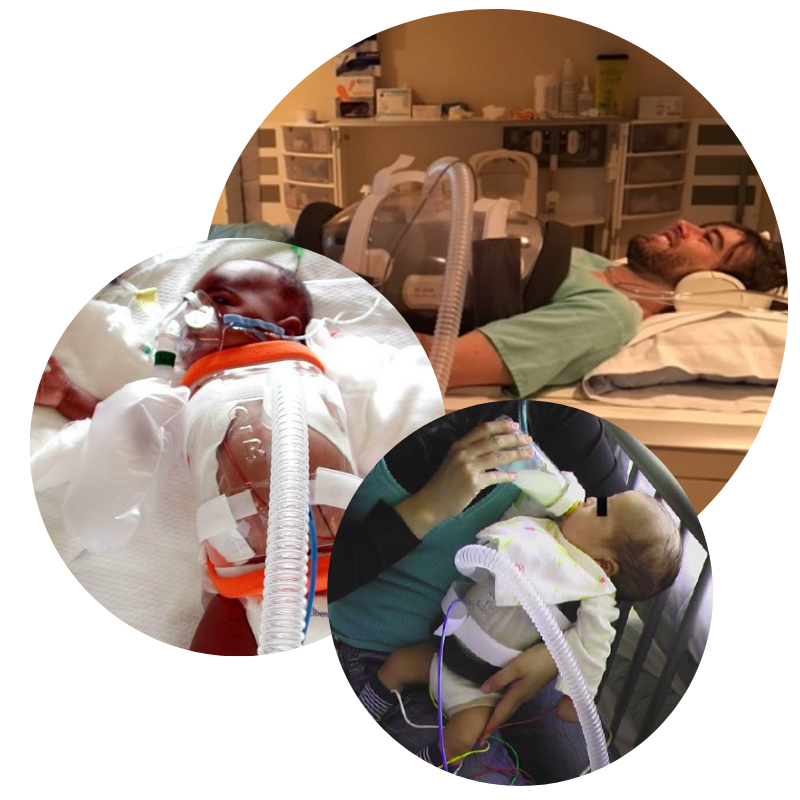 “The hemodynamic effects of cuirass NPV were prospectively studied on 18 separate occasions in 14 paralyzed and fully sedated patients (8 males; median age, 6.3 years) who were initially receiving IPPV after Fontan-like operations. Nine studies were carried out in the immediate postoperative period and nine were carried out in the late postoperative (convalescent) phase after elective cardiac catheterization with the patients under general anesthesia. Four patients were studied in both the acute and convalescent phases.”

"While PPV was found to be detrimental to cardiac flows, NPV was reported to enhance PBF and CO, particularly in those with single ventricle physiology... Unanimously, these studies demonstrated the beneficial role of NPV in children early after surgery for single ventricle palliation"

How Did BCV Impact These Patients? 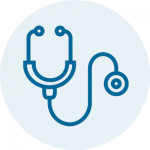 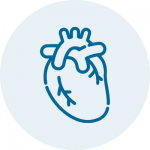 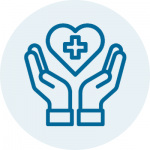 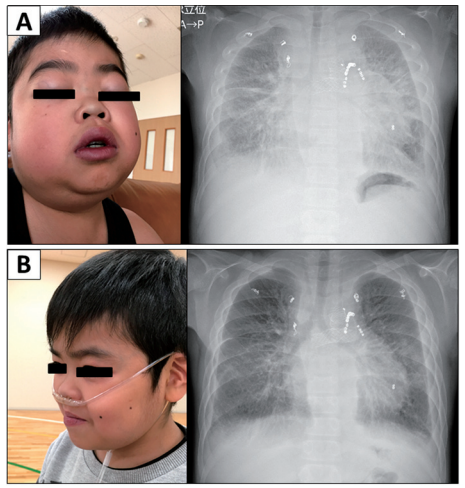 “The patient’s appearance and chest radiography before and after the treatment of BCV.
A: Before the treatment: His body weight and the serum albumin level are 28.6 kg and 2.2 g/dL, respectively. Chest radiography reveals cardiomegaly (CTR of 0.56), marked pulmonary congestion, and pleural thickening and effusion.
B: Three months after the treatment: Various symptoms related to PLE are dramatically improved. His body weight is decreased to 26.1 kg, and the serum albumin level is increased to 3.0 g/dL. Chest radiography shows improvement of the symptoms related to pulmonary congestion (CTR of 0.52). “

BCV in Adult Post-Fontan with PLE

When A 16-year-old male patient with hypoplastic left heart syndrome who developed protein-losing enteropathy (PLE) and plastic bronchitis (PB) after a Fontan operation. He received medical therapies, including albumin infusion, unfractionated heparin, and high-dose anti-aldosterone therapy but could not obtain clinical relief.

"BCV may be beneficial for the treatment of PB because it has the capacities of not only reducing CVP in Fontan circulation but also expectorating casts as an instrument of respiratory physical therapy ... BCV could be an effective treatment for major problems, such as PLE or PB, long after a Fontan operation."

Complex congenital heart disease consisting of a functional single ventricle is typically managed with a Fontan palliative strategy in early childhood, where the systemic venous return is directed to the pulmonary arteries in the absence of an interposed pumping chamber.

Notwithstanding excellent surgical results in children, the natural history late after Fontan surgery is characterized by an inexorable increase in systemic venous pressure over time, relatively decreased pulmonary blood flow (PBF) and lower cardiac output (CO) as compared with patients with a biventricular circulation. With age, increasing numbers of Fontan survivors develop a constellation of findings attributable to vascular insufficiency (venous congestion and/or low output) described as failing Fontan physiology, which can result in morbidity and mortality due to intracardiac and extracardiac disease.

The study found that BPV (BCV) was superior to NPV in the Fontan population, with the support on expiration potentially augmenting the pressure gradient for venous return throughout the respiratory cycle by effectively reducing the intrathoracic pressure during inspiration as well as increasing intra-abdominal pressure during exhalation.  This additional support resulted in a greater magnitude and extent of vascular flow increase as compared with even standard NPV. 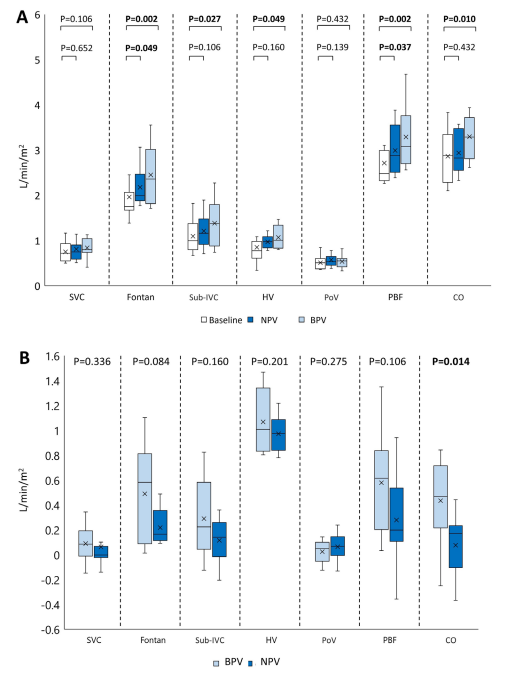 Panel B: Magnitude of change according to ventilation mode is also shown (delta BPV and delta NPV)

Sign up today to learn more about how Hayek is supporting cardiology patients: